[Interview] CCTV Interview With Psymon Lee, BonusCloud CEO, About the Present and the Future of Blockchain. 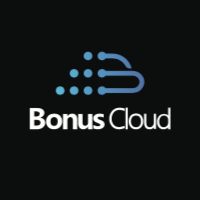 [Interview] CCTV Interview With Psymon Lee, BonusCloud CEO, About the Present and the Future of Blockchain.

Recently, Psymon Lee, CEO of BonusCloud, was invited to attend GITC 2018 Beijing and received the interview of CCTV in which he shared his views on the concept of blockchain, the development status of this technology and its future prospect.

Psymon Lee believes that blockchain, as a new model and a new technology, will play an important role in individuals, government, business and commercial institutions in the future on the basis of a good combination with various fields and industries. Based on block chain technology, individuals will be able to better manage their health, education, funds and other aspects of data. Government will improve the regulatory effect on travel and food safety. Business organizations in various fields and industries can also improve efficiency and tap new business opportunities from the blockchain.

The full text of the interview:
Brief Introduction about CCTV